Meet Wanda Pratt; she is the proud momma of NBA Warriors player Kevin Durant who took the NBA’s MVP award; during his acceptance speech, Durant thanked his friends, fans and teammates; he left the best for the person that has been by his side, the person who brought him up and watched him become the amazing man he is today, certainly that person is his beloved mom.

52-year-old Wanda Asalee Pratt holds a Bachelor of Science (BS), Information System from Strayer University; she was just 18 when she gave birth to her eldest son Anthony.  Mrs. Pratt was 21 when she got married to Wayne Pratt, then son Kevin was born on September 29, 1988.

But Wanda Pratt knew she was not alone, she had her faith and knew God would lead the way. And he did, Wanda is today a motivational speaker for I Hope, Dream, Believe, Achieve as well as for her own foundation The Kevin Durant Family Foundation, and her sons,  are successful men,  with their faith in God just like mama Durant.

“Inspired by her young boys and knowing God would lead the way; she dedicated her life and her heart to her children, ultimately sacrificing the most formative years of her life to ensure they had a fighting chance at achieving their goals and dreams.”

“With her boys now grown into successful men, and after a more than two-decade career with the federal government; Wanda Pratt became overwhelmed with a long-ignored desire to find her purpose beyond being a mother. As a woman of faith and a belief in herself and life’s achievements, Wanda has chosen to share her life story.”

“It is Wanda’s passion to guide her audience to realize the hope that’s alive inside, encourage them to dream, and help them truly believe they can achieve the future they want.”

“Where there is hope, there are possibilities.” — Mama Durant 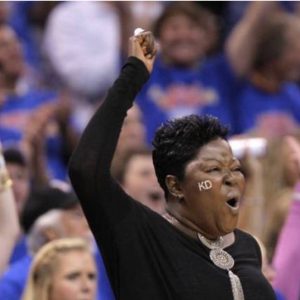 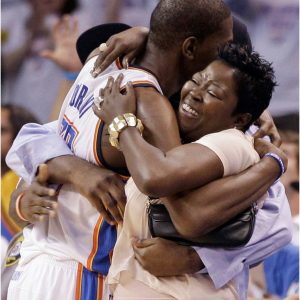 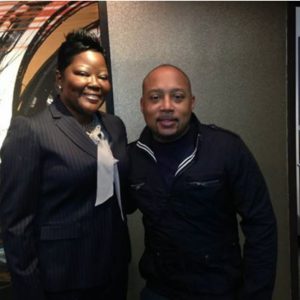 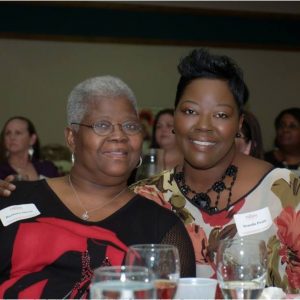 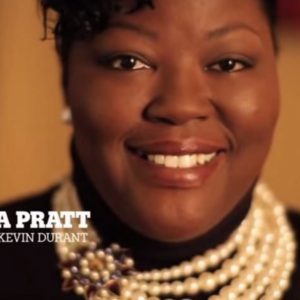 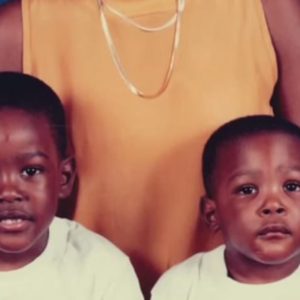