Marcell Dareus has had a troubled career, from one of the highest paid to a free agent from Birmingham, Alabama. On the Friday of 27th October Marcell Dareus defensive tackle was traded to the Jaguars.

The Jaguars noticed a definite improvement in their run defense with Dareus on the team. 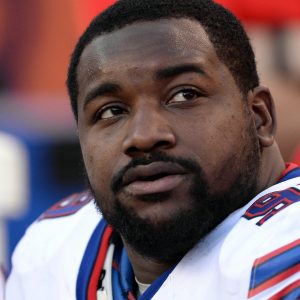 2015  During the 2015 season Marcell Dareus was suspended from the 1st game due to substance abuse.

2017 Again Marcell Dareus was suspended for a total of 4 games after testing positive to marijuana whilst with the Jacksonville Jaguars and this little adventure resulted in suspension and Marcell had to forfeit $1.5m in total compensation.

“With deepest regrets I want to apologize to the @BuffaloBills organization, my fans, my family and the entire NFL football community for the incident that led to me missing 4 games for the upcoming 2016-2017 season. I will not #makeexcuses for the events in question and will allow the process to proceed as is required by the @NFL; however, please know and understand I am committed to the game and am more committed to my #Billsorganization and fans. This temporary setback will only fuel my desire and commitment to bring #Buffalochampionships and the #SuperBowl. I ask at this time that you continue to #believe in me and I will continue to invest all that I have to bring honor and respect to the organization and my fans and ultimately bring #Buffalomafia what it deserves – a #SuperBowl! Thank you for continuing to support me – I will rise above this setback, as with every challenge brings an opportunity for growth and supreme #success!”

2015 Marcell Dareus became the Bills highest paid player after signing a contract extension for six years for $100m. Marcell’s guarantee was $60million and this people is the most guaranteed money given to any non-quarterback in the history of NFL.

Will he continue to live up to expectations in Buffalo?

Marcell Dareus with all his talent as a Defensive Back has not come up to the mark. He has been dismissed due to late arrival and has not shown any form of leadership.

Beane stated “Any player that you have to send home, this is not the norm. This is not what you’re looking for,” Beane said. “Obviously, a guy with his contract status, you would hope that we would be a better leader than that and hopefully he learns from it and moves on and just be a Buffalo Bill.”

Is Marcell Dareus worth the money?

With all the issues the Bills have had to deal with around Marcell Dareus, one should ask if perhaps they feel they have lost money on this young man. Maybe the Bills feel as though they should have waited a year or so on this decision.

2011 Marcell Dareus was drafted third overall out of the University of Alabama.

2012 Marcell Dareus was given time off from Buffalo Bills after his younger brother was shot and killed in a burglary incident.

Marcell Dareus is a controversial with 2 illegal drug matters was now faced with accident involving a white jaguar said to have been driven by him in a drag race.

Marcell Dareus has stated “I feel like I’m on the straight and narrow,” he said then. “Things happen: young, dumb. You’ve got to correct it and just work through it.”

2020 The Jacksonville Jaguars did not pick up the option on Marcell Dareus’ contract. However  he became a free agent in 2020 and remains so in 2021.

Marcell Dareus weighting in at 330 lbs and standing 6’3″ tall it would no doubt feel like running into a brick wall.

According to reports it appears Marcell remains single.

Marcell Dareus’ net worth is reported as $25m. 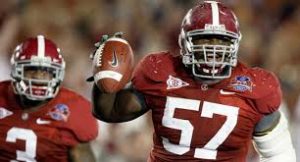 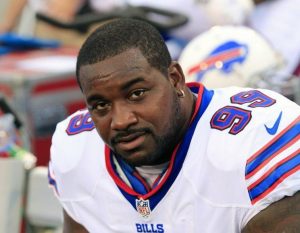 Marcell Darius where to now 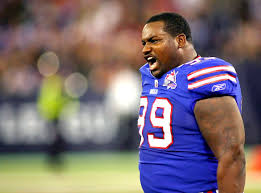 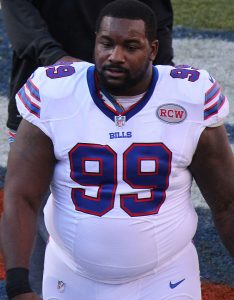