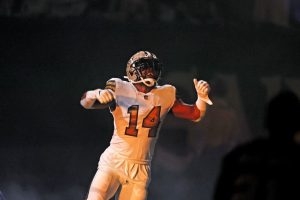 Mark Valentino Ingram II  – Excited Sunday night 31st October, 2021 at Caesar’s Superdome Mark Ingram New Orleans running back brought a whole lot of energy to the game. “I thought about doing that Who Dat chant all night, and it was legendary, and I appreciate all of Who Dat nation for the love.”

Mark Ingram is back, running back for the New Orleans Saints.

Mark is the son of Mark Ingram Snr. wide receiver for the New York Giants.

Mark Ingram attended Grand Blanc Community Highschool for the earlier part of his schooling and then Flint Southwestern Academy for this senior year.

He  he played defensively as cornerback totaling 8 interceptions and 84 tackles while in at Flint.

2008 – Mark was list 17th in the nation High School Athlete, and received an athletic scholarship to Alabama University where he joined the the Alabama Crimson Tide.

2011 – Mark Ingram joined the New Orleans Saints and stayed there until 2021 except for a small stint with the Baltimore Ravens and the Houston Texans, only to return to The Saints in 2021 for 2021 and 2022 seasons.

October 2020 – It was reported Mark would have 5 – 6 weeks out of the game with a shoulder fracture.

2011 – Mark Ingram entered the NFL Draft with a contract worth $7.41mil for a period of 4 years, 3 of those years guaranteed and 5th year option with the New Orleans Saints

Mark stayed with the Saints until 2018,  during that season he was suspended for using performance-enhancing drugs. The suspension was for 4 weeks.

In 2019 Mark Ingram signed a contract with Baltimore Ravens, a $15mil 5 year contract.

Later in 2021 Mark Ingram was traded back to the New Orleans Saints.

Running back Mark Ingram has been suspended by the league for violating the NFL policy on performance enhancing substances.

Mark will go without pay for the first 4 games, announced on 8th May 2018. 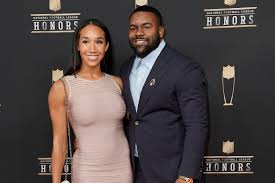 His father Mark and Shona Ingram who also have 3 daughters, Mia, Malia and Mia and 1 son Mark Valentino Ingram 111.

Net Worth and Investment

Mark Ingram the Investor, decided to send back to his original stomping grounds in Washington D.C. enough of his career earnings of more than $32.5m to become part-owner of the Major League Soccer club D.C. United.

It is reported that Mark said he is looking forward to playing an active part in the club and no doubt this will be an incredible inspiration to the players of D.C. United. 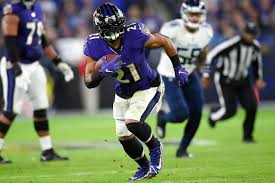