Let’s get to know the man Skip Bayless . Let’s find out why Skip is loved by as many as he is disliked.

We will look at Skip’s early life and his career today. 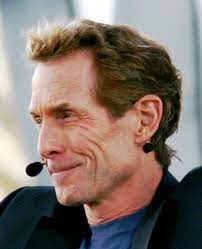 Skip’s family was based in Oklahoma City, Oklahoma he was born on 4th December, 1951 and Skip’s father John Snr and mother Levita named their son John Edward Bayless 11.

Skip’s parents never called their son by his given name as he was growing up, but after a nickname his father gave his mother which was Skip as in “skipper of the ship” and that name stuck. Eventually John Edward Bayless 11 legally changed his name to Skip.

Rick also has a younger sister, LuAnn is an avid cook.

Skip attended  Northwest Classen High School. While there he was president of the school’s ‘Fellowship of Christian Athletes’ chapter.  Skip an academic achiever ranking 2nd in his graduating class of 1970and was a member of the coveted ‘National Honor Society’.

Skip then attended Vanderbilt University studying English and History and graduated 1974 with honors. 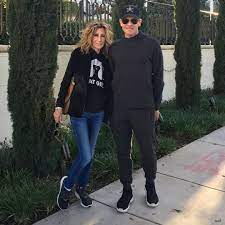 Skip met his second wife Ernestine Sclafani on ESPN’s morning show “Cold Pizza”. With common interest in music they loved listening to 60’s music and a taste for Woody Allen.

Ernestine Sclafina Bayless has written a book, and it is titled “Balls, how to keep your relationship alive when you live with a sports-obsessed guy. 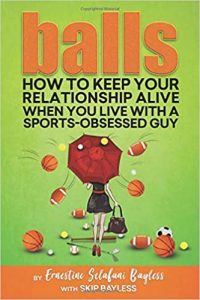 Balls, How To Keep Your Relationship Alive When You Live With a Sports-Obsessed Guy.

It has been reported that Skip has signed a deal with Fox for $32m over 4 years. Why the big figure, well what Skip says goes viral. 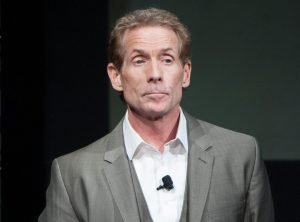 Two years later took a position with the Lost Angeles Times where he became known for his talent as an investigative journalist he wrote stories the resentment the Los Angeles Dodger’s held for Steve Garvey and Steve’s wife Cyndy. He also reported on Carroll Rosenbloom owner of Rams decisions which were made behind the scenes to start different quarterbacks each week.

Skip Bayless won an Award for Outstanding Newspaper Writing back in 1977 (the Eclipse Award) for his journalism on Seattle Slew’s Tripple Crown victory.

Skip went on to write the sports column for the the Dallas morning news at 26 years of age.

Three years later he joined the Dallas Times Herald catching the attention of The Wall Street Journal which prompted the paper to do a story on the development. Skip was voted Texas sportswriter of the year 3 times by National Sportscasters and Sportswriters Association.

Coming from the Super Bowl Victory by the Cowboys in 1993 which was their 3rd victory. Skip wrote “The Boys: The Untold Story of the Dallas Cowboys’ Season on the Edge:”

A book still based on the Cowboys called “Hell-Bent: The Crazy Truth About the “Win or Else” Dallas Cowboys. The writing of this book brought about conflict between the coach of the Cowboys Barry Switzer and their star quarterback Troy Aikman as Skip reported on speculation by the coach Switzer that Aikman was gay. 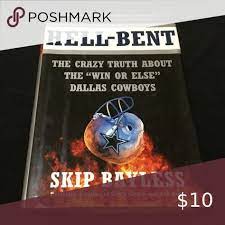 Skip left Dallas after 17 years to become the lead columnist in sports arena for the Chicago Tribune. There seems no end to this man’s talent he wins the Lisagor Aware presented by Chicago Headline Club for excellence in Sports Journalism.

In 2000 the  National Sportscasters and Sportswriters Association vote him Sports writer of the year.

In July, 2001 he left Chicago Tribune and started in Radio between 6pm and 8pm hosting a Sports Talk Back Radio Show on KLIP and that was for the next 2 years from Monday through Friday.

Skip in 1994 became one of the original investors in KCTK or “The Ticket” and it was based in Fort Worth. He hosted his show the Skip Bayless Show from 6am – 9am every weekday from 1994 until 1996.

1996 KCTK was sold to Cumulus Media who also bought out Skip’s contract.

During the 1990’s Skip was a regular on ESPN’s radio show  “The Fabulous Sports Babe” and after this he moved to Chicago where he was on Sporting News Radio as a guest on Chet Coppock’s radio show ‘Coppock on Sports’.

Chet Coppock died in 2019 in a Lexus he was passenger in was involved in an accident, Chet was 70 years of age. 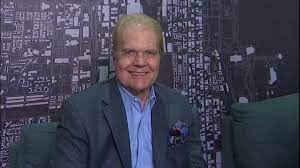 Skip became the primary guest host of the Jim Rome Show a syndicated radio program. Not long after Skip was co-hosting ESPN Radio with Larry Beil. This weekend show aired until 2004. 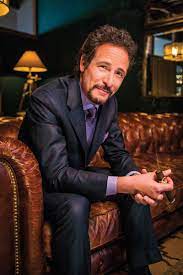 1989 Skip becomes a panelist together with host Dick Shaap on ESPN’s The Sports Reporters and remained a guest on the show for the next decade before regularly being on the debate team Knights of The Round Table airing on NFL Prime Mondays where he appears with Mitch and Michael Albon.

From 1999 to 2000 for major golf championship Skip Bayless provided the commentary on the Golf Channel.

The Last Word show we find Skip back on this Jim Rome show from 2001 to 2002 on the Fox Sports Net and during this time also appeared on occasion on The Best Damn Sports Show Period and in 2003 became a fixture in the show Rome Is Burning.  He featured in a debate segment Sports Centre on a Sunday morning with Stephen A Smith.

2004 We see Skip team up with Woody Paige of Denver Post in “1st and 10”  a daily debate segment on ESPN’s  Cold Pizza and for who he also writes columns.

2007 The show gets rebranded and is now know as First Take with his last appearance being June 21st 2016.  His Contract runs until it is reported August 2016. 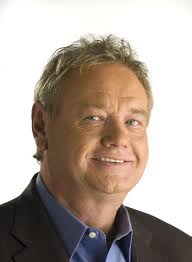 Woody Paige who aired his dislike to Skip Bayless on air.

2016 Undisputed debuted in the September with Skip Bayless and Shannon Sharpe on Fox Sports 1.

In First Take with Skip and Shannon, Skip Bayless criticized LeBron James and  Aaron Rodgers, and he was also criticized for the remarks he made about Dak Prescott Cowboy’s quarterback when Prescott had let it be known he was suffering from depression. Skip is reported to have said he did not have any sympathy for Dak Prescott and it was a sign of weakness for someone who was supposed to be a team leader.

The Sport that Dak Prescott plays is “Dog eat Dog”.

It is reported that Skip also said that Dak Prescott should “fight back” and “not give in to depression”.

USA Today it was reported Skip Bayless’ ignorant comments about Dak’s mental health were both dangerous and offensive.

Skip Bayless makes these comments on World Suicide Prevention Day. Now this was after Dak Prescott let it be known his brother Jace had committed suicide.

Bayless is said to have stated  ” This is the final point the one I am told was misconstrued by many.  Bayless said the only Dak Prescott depression he addressed was from an interview he taped with Graham Bensinger.

In response to Bayless’ comments, Dak is reported to have said he would be a fake leader if his thinking did not lead him to think things like vulnerability, being genuine, and transparent were part of leadership. He believed he could inspire so many when people hear what he has to say.  People who are suffering from depression can take courage from Dak Prescott.

From what Dak has said the depression he suffered happened when early on we were in quarantine soon after the pandemic hit.

Dak Prescott sought counselling for his depression from Chad Bohling.

Fox’s Statement “At FOX Sports, we are proud of Dak Prescott for publicly revealing his struggle with depression and mental health. No matter the cause of the struggles, FOX Sports believes Dak showed tremendous courage which is evident in both his leadership on the Dallas Cowboys and in his character off the field. We do not agree with Skip Bayless’ opinion on Undisputed this morning. We have addressed the significants of this matter with Skip and how his insensitive comments were received by people internally at FOX Sports and our audience.” (thanks To Fox News)

Some people commented on Skip’s insensitivity and felt he should be fired.

Skip’s contract with Fox remains unknown at this stage, if he stays it is reported he will get a raise from $5m to $6m however there are rumors he may go to ESPN.

It was pretty well known that Skip Bayless was a major hater of LeBron James. Skip often tweets Lebron and berate and reprimand him severely, so when Skip Bayless actually Tweets “I miss LeBron” it leaves us all wondering.

When discussing his like or dislike for Lebron Skip assures Kevin Hart he likes Lebron very much and thinks he is a very nice man.

The Bet was on if Lebron got into the finals then Skip would have to say 10 nice things about him.

Lebron is expected to be a Billionaire this year, he possibly doesn’t concern himself with other’s opinions.

Skip Wants The Book Thrown At Him

Bayless the host of “Undisputed” was approached and asked by a photographer what he thought about the racist tweets by Steve Clevenger catcher for the Mariners made.

Skip believes the racist catcher should have the book thrown at him and is definitely catching an unfair break if not suspended next season as the tweets by Steve Clevenger were definitely inciteful. 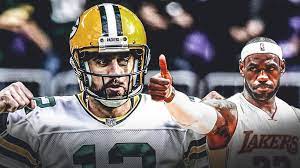 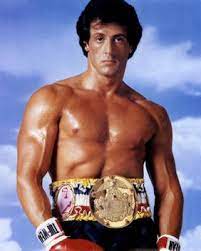 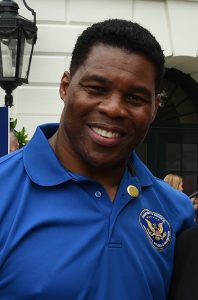 Going back to the late 1970s as a cub reporter for the Los Angeles Times, I covered the opening of Steve Garvey Junior High. This was based in Lindsay California where he was hammering game-winning hits for the Dodgers and when Steve was not playing he was living a perfect family life with wife Cindy and Children 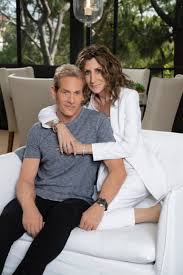 Undisputed  Co-host Skip Bayless  was very blunt in stating the Lakers just got worse after the deal after trading Russell Westbrook, 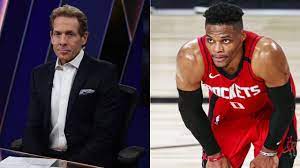 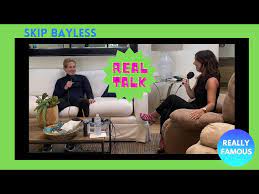 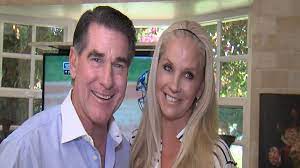 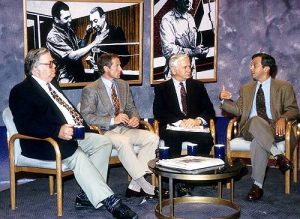 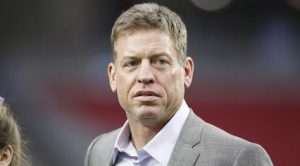 Skip Bayless  defends Tim Tebow is praying in the pit.